Just back from Timbuktu……

I will keep returning to this, but it is clear that I can no longer eat anywhere without bumping into someone I know; who just by chance happens to know me. Now if I could only work out how to be famous and rich!

In the last month, Wolf, Chris, Michael, Mark, David, Ahmed, Wolf (again), Damian and The Bear from the Bear hunting joke have all appeared at an establishment where I have been, and I hasten to add, not always the same establishment.

In the end I had to remove myself from Pimlico, and London; and I headed for a cave, much like Jean-Baptiste Grenouille. He was searching out a place of peace and solitude, without scent, without perfume. I, on the other hand was just looking for a place to eat alone.

Climbing up to my place of solitude I passed Neil from Ibiza, scraping lichen from the side of the cliff, he turned and smiled at me his gold tooth glinting in the morning sunshine, his eyes wide and manic, chewing on a mushroom. I must have seemed no more than a little green goblin, and he went back to his task.

Once in my cave, I settled down to eat a sandwich that I had prepared earlier. No sooner had I taken my first bite than a bear loomed large in the opening to the cave, complaining of a sore head and the fact that despite his best efforts he had not managed to deter the hunters. He had a least brought a bottle Ursus Vodka and a couple of glasses, so we shared my sandwich and his vodka.

We both became comfortable with the fact that solitude is rare, but that we would never be lonely.

STOP PRESS: Get well soon Darren that was for you.

This is late, very, very late, but Once again I am in the middle of a series of epic celebrations, they started 3, 5, 9, 14 days ago and continue apace.

For those of you who are still blissfully unaware, but shouldn’t be; the 1st November is/was my birthday, but thank you to all those of you who helped me celebrate, and those who wished me many happy returns.

I crossed the threshold into November, from Halloween to All Saints.

Emi had asked me if I dressed up for Halloween, I explained that it hadn’t been make-up that I was wearing, but actually my face. She then did that shivery thing that she does and the spent the few minutes tapping wood with her knuckles.

This was a mug produced by scanning my face and then printing it on Wolf’s 3D printer. The least he could have done, was make it out of chocolate!

I didn’t think I looked that bad for a second night of finishing at after 3am.

Still what do I know?

I’ve posted loads of new stock, and finally it has gone from Mid-Summer Night’s Dream to a bleak mid-winter all in a knight’s tale.

It was a silent night and although the frost was cruel, bahhh humbug, buy something warm for Christmas.

The celebrations included all sorts of revelry. Dinner at Plum and Spilt Milk, Sunday brunch at the Corinthia Hotel, a Birthday Carrot Cake baked personally for me. Big Up Dr T.

An entertaining evening at The Emirates watching, (and I am not a supporter of any football team), Arsenal throw away a 3-0 lead against Anderlecht. It wasn’t until Arsene asked me and Neil (Trainer) to warm up on the touchline that we realised things had got that bad.

Finally at the weekend I went up to Newcastle to visit the homeland of my mother’s side of the family, and give Mike and the Magpies a little advice. Not sure how deeply involved I will now be in the Premier League, where will I find the time? I was suitably dressed in a black and white striped, cropped top and shorts for the 3C temperatures. 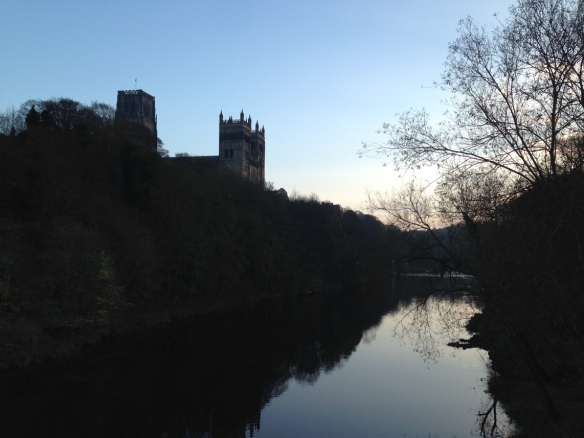 However on Sunday I did get to see the Silver Swan at Bowes Museum in Barnard Castle. It made a pleasant change from seeing the twinkle toed stars doing their dying swan.

In fact so busy, I really only caught up with Vash last night!!!!

At this point I will start to show my age, but I think we should finally lay to rest a Saturday night television programme amidst rumours that all is not what it seems.

So I think it’s about time that X-Factor met The Golden Shot, and something less William Tell and more macabre. I suppose it could end up more like Saw; Simon and Louie with apples atop their heads, and Bernie, “The Bolt” please.

In a booth close by, will be middle England represented by Andy Murray’s mum and the future of our children, their television and their music is in her hands.

I will leave you to work out your conclusion, however in my world and it wouldn’t be good for either Simon or Louie.

Perhaps it’s just a Generation thing, but as long as I end up with a cuddly toy, I’ll be OK.

Cashmere and Silk Reversible Blanket, made by Emi.

We now have a few bikes available via Adambuild. 3 Pinarellos and a Limited Edition Colnago.

If you are interested the bikes can be brought to the shop for a viewing, all you have to do is ask. 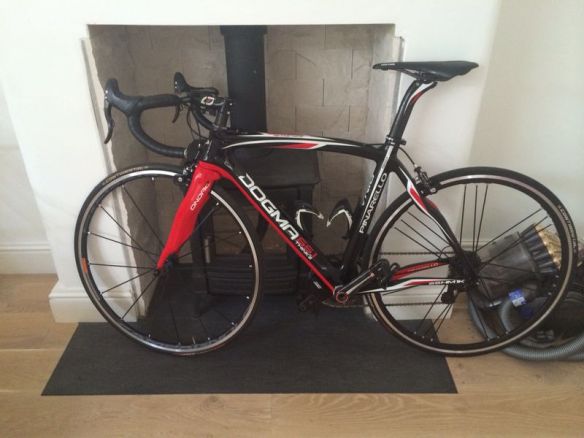 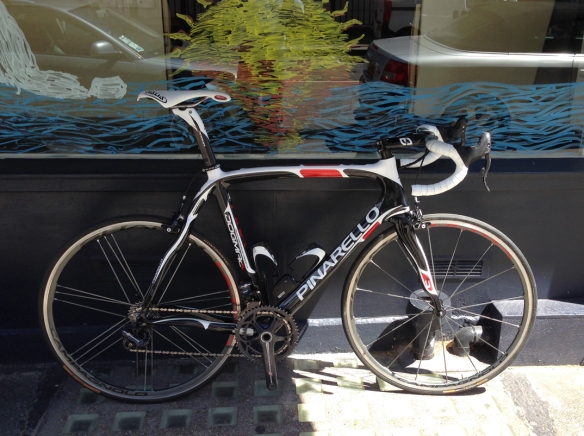 And Emi proved she is not just a pretty face, by making some bracelets in a spare moment.

Size of a Mouse

Made from Piacenza cashmere and…….

Little Bens...
After Lennon and McCartney... Follow her down to a bridge by a fountain Where rocking-horse people eat marshmallow pies Everyone smiles as you drift past the flowers Making rose petal skies...
A trick of the light...
Rosso
It’s stale, mate!